What happened next made no sense.

It was Test match 3 of 5 in a series that decides the oldest rivalry in cricket, England vs Australia. England were 0-1 down. Defeat would make it 0-2, with two to play. Needing to win the series outright to win the trophy back from the Australians, they could not afford to lose.

Test cricket affords each team the opportunity to bat twice. Australia batted first and made a modest 179 runs. Optimism for England. In England’s first innings, they were skittled for a paltry 67 runs. Misery for England. Australia made 246 in their second attempt, leaving England an improbable 359 runs needed to keep the series alive. Australia only needed to get 10 England batsmen out to claim the trophy.

An England victory was far-fetched. Then Australia removed two England batsmen for only 15 runs. An England victory was becoming a fantasy. But Ben Stokes was a man familiar with fantasy. His heroics in a World Cup Final that many regard as the best cricket match ever played occurred only 6 weeks earlier. He went in with England still short 218 runs. Australia already had 3 of the 10 wickets they needed to win. He scored 2 runs off the first 66 balls he faced. Resolute, but unable to break the pressure. Australia got on a roll. They took 9 of the 10 wickets they needed for victory.

What happened next made no sense.

Stokes bludgeoned 133 runs off his next 153 balls. 2 runs from his first 66 balls. 74 runs from his last 42 balls. Stokes’ ferocious assault singlehandedly won the match for England. It was carnage.

His reaction when he hit the winning runs was priceless.

It was also the perfect embodiment of five lessons we can learn from cricket and apply in our lives to achieve the impossible. First, for the benefit of an unfamiliar audience, a quick comparison with baseball, another individual sport within a team sport.

The biggest single difference is that in cricket you get one “at-bat” (two in Test cricket). One mistake, and that’s it. No second chances to score runs.

This requires a completely unique mindset for a batsman. You have to protect your wicket (opportunity to bat), while at the same time score runs. You must balance defense and offense on every ball (pitch). Your challenge is to build an innings as opposed to performing in a series of isolated hitting events.

In short, you have to stick around long enough to score runs, which in most cases becomes easier the longer you stick around.

What Cricket Teaches Us

If you keep in mind the psychology of cricket when watching it – one “at-bat” to score runs, one mistake, no second chances – it is beyond absorbing. It transports you into the ultimate battle of wills between bat and ball and forces you to contemplate how you could possibly achieve the impossible as Ben Stokes did. Twice. By paying attention, you can witness lessons on grit, flow, situational awareness, controlling your reactions and the power of compound interest.

Grit Keeps You In The Game

Cricket is a series of obstacles:

You have to have incredible grit to go into what cricketers call “the bubble” – to block out distractions and obstacles and focus on your skills and routines. Angela Duckworth showed in her book, Grit, that our potential is one thing. What we do with it is quite another. To reach our full potential, we need grit, and grit has two components – passion and perseverance. More on passion in a moment.

Perseverance is the hallmark of all great batsmen in cricket. Perseverance against the obstacles on match day, but perhaps even more importantly, perseverance in practice. Watch Steve Smith’s routines when he practices. It’s the exact same sequence of taps and adjustments before every ball he faces. They’re designed to reset his mind so that each ball is a new event. He’s made it a habit, and it’s part of the reason he’s that rare case of a current player unquestionably as good, if not better than the GOAT (Don Bradman).

Flow Is For Peak Performance

Robert Pirsig calls the state of flow gumption in his book, Zen and the Art of Motorcycle Maintenance. Gumption, he says, was called enthousiasmos, by the Greeks, the root of the word “enthusiasm”, which means literally “filled with theos” or God. This is passion. A person filled with gumption is “at the front of the train of his own awareness, watching to see what’s up the track and meeting it when it comes.”

Each ball is a new event. Whatever happened before it doesn’t matter. Return to your routines. Focus on your technique. Concentrate on the basics. Let your skill do the rest.

The demands on the individual ebb and flow throughout a cricket match. Unlike baseball, cricketers don’t have regular strategy consultations in a game. The best are focused on every ball as if it was the first they’re facing AND are aware of the match situation.

Going back to the miracle at Headingly, Ben Stokes crafted the perfect innings to chase down the target set by Australia. 2 runs from his first 66 balls. 74 runs from his last 42 balls.

He had to have the presence of mind to stay in his bubble, to stay in his flow, and to understand when the right moment was to strike. That takes precise judgment in everyday life, let alone in the cauldron of Test match cricket, with the series on the line.

You Get To Choose How You React

“Between stimulus and response, there is a space. In that space is your power to choose your response. In your response lies your growth and your freedom.” – Victor Frankl.

This is cricket, every ball. That is what Stokes did 219 times to eventually win the game for England. Once you make a conscious choice to be the determined, creative force in your own life, your life is changed forever: opportunities appear; success leads to success, and the practice of being true to your passion becomes more and more effortless.

Compound Interest Will Make You Rich

Ben Stokes batted for five and a half hours, showing grit, staying present, maintaining awareness of the situation and choosing how to react for 219 balls.

The benefit of doing this is that the going gets easier. The balls gets older and softer. Bowlers tire quicker than batsman thanks to the physical demands of bowling. Your confidence skyrockets. Runs can be accumulated at a steadier rate. This is the power of compound interest. The payoff for passion and perseverance.

Watching cricket has enthralled me since I was 10 years old. As I have matured, I’ve come to appreciate the vast mental effort that is as critical as the more obvious physical skill required to rise to the top. This is true in life, as the older you get the more you realize how important your mind is in everything you do. It requires exercise like a muscle, understanding that comes from awareness, and above all, a belief that anything is possible.

Thanks to Harry Haddon, Vincent Barr, and Isaac Amanza for their feedback that helped shape this article.

As a postscript, I wanted to list a few of my favorite cricket writers and their best articles. Cricket writing is consistently the best writing you can read on any sport. The action drips from each delicious sentence as paragraphs place you out in the middle, where you can feel the sun and smell the sweat.

Sidarth Monga on the entirely different psyche of the bowler, and one of the greatest to play the position, Dale Steyn.
Jarrod Kimber with some superb stream of consciousness on the best exponents of the different shots in cricket.
Osman Samiuddin on the genius of Pakistan’s Babar Azam.
Sambit Bal on the art of the non-violent six.
Andrew Hughes on how cricket imitates art… which imitates life.
Mark Nicholas on why batting pleases the eye and one of the best to do it, AB de Villiers.
Aakash Chopra with a great analysis of what makes a great bowler, in Jasprit Bumrah.
Vic Marks with the perfect recap of Ben Stokes’ Headingley miracle.
Andrew Fidel Fernando on the deadliest of deliveries: the yorker. 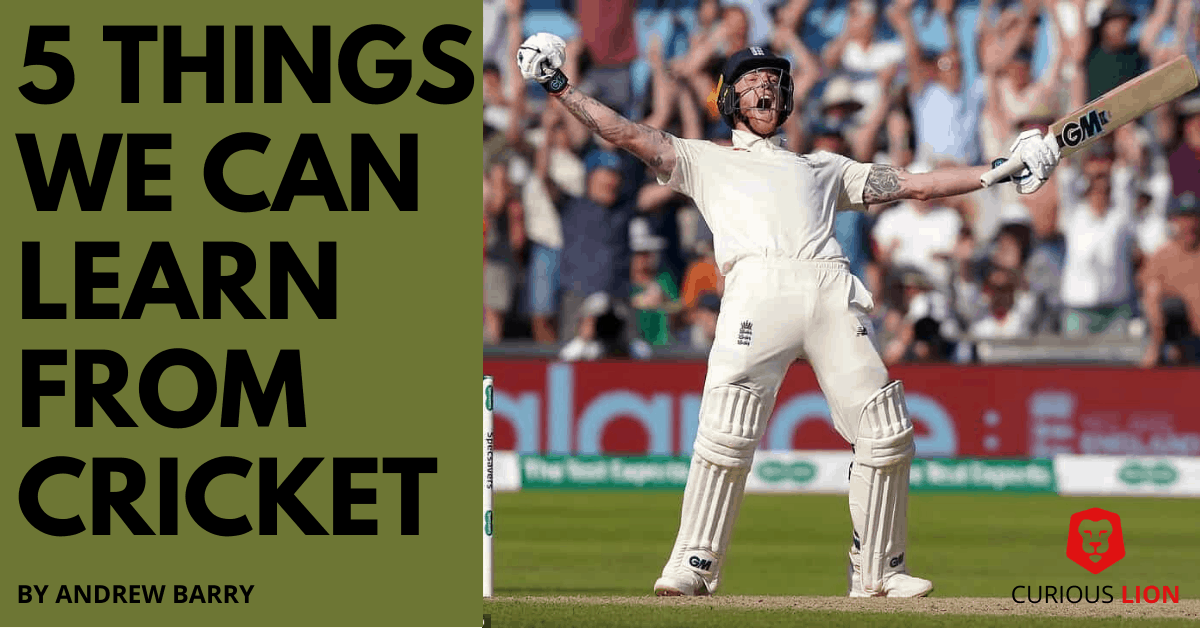