Joining me this week was the five-time author, Bo Burlingham. Bo is best known for his book Small Giants: Companies That Choose to Be Great Instead of Big which was published in 2005 and was a finalist for the Financial Times Goldman Sachs Business Book of the Year Award.

He has written four other books on business but his career began around the time he was at Princeton in the 60s in a very political time. He went on to build a career in journalism where he joined Inc. Magazine. He was there as the publication started covering companies that were new and curious at the time. Companies like Apple and Microsoft led by brilliant founders Steve Jobs and Bill Gates. Bo cut his teeth interviewing them and writing about them for the magazine.

After about five years he was appointed as an editor where he went on to lead the growth of the magazine until 1990 when he resigned his position at the suggestion of a colleague at a conference who suggested that he team up with someone who he had profiled at the conference to write a book. That book was The Great Game of Business which was named one of the 100 Best Business Books of All Time. Bo has written for Harper’s Esquire, Mother Jones, the Boston Globe, and Boston Magazine. His writing has spawned communities and his life has spanned 50 years of marriage which has spawned two children and four grandchildren.

This was a fascinating conversation with someone who had a first-row seat to the birth of the new economy in the United States.

Selected Links from the Episode 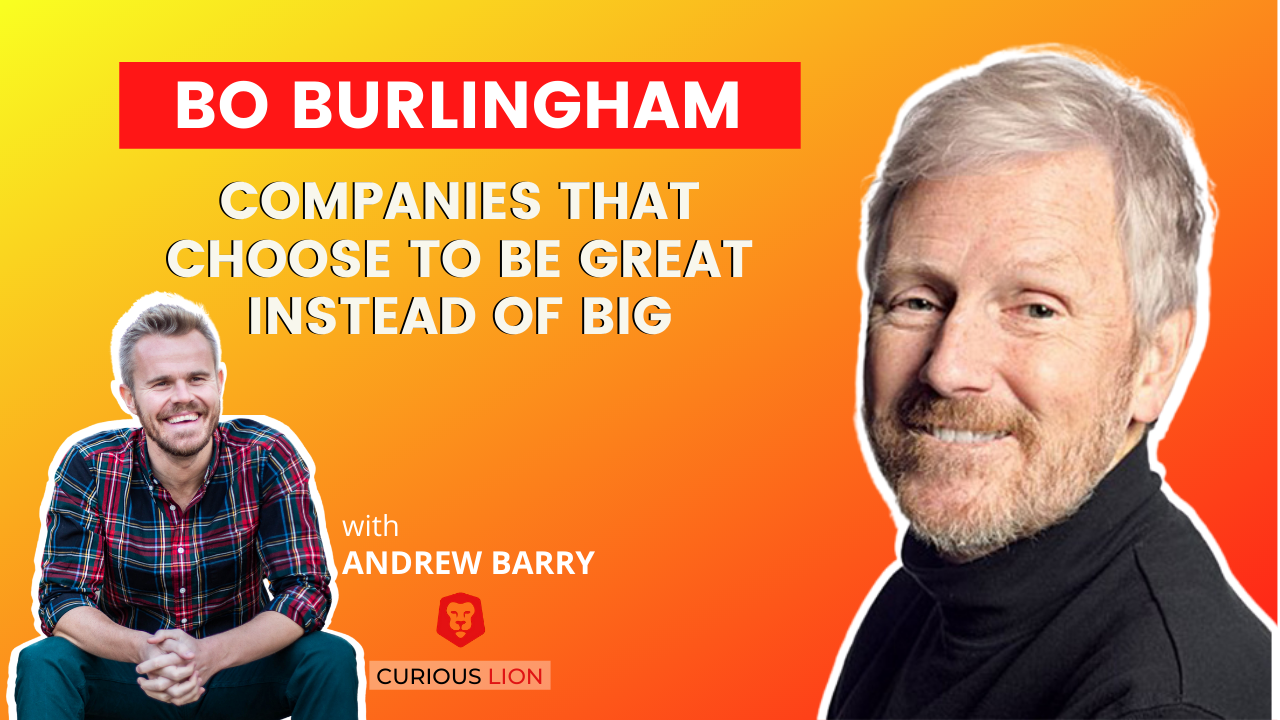 If you’ve got a big vision that needs a big training effort, we’d love to talk. We work with companies and experts across industries. Any subject can be reimagined, so let’s talk.
Schedule a Call
Discuss a project
Join 400+ curious humans following our newsletter!