I let myself down as a leader this week.

I fell into the classic trap of getting stressed about work piling up and dealing with it by ignoring the people that work for me.

I let my people down this week.

When you start working your only responsibility is to be good at your job. Your company trains you and if you’re good at it, you get promoted.

At some point on the ladder, you get put in charge of others.

But no one shows us how to do that!

That’s why you get micro-managers, not leaders.

Leadership is a skill that can be practiced – but we don’t practice it!

We all have the potential to be a leader. But this doesn’t mean everyone should or wants to be one. That’s because being a leader comes with great sacrifice. This means:

Liverpool were crowned champions of the English Premier League this weekend, 30 years after their last success. A huge part of that was building a young, carefully assembled team that played to a unique, demanding system installed by manager Jurgen Klopp.

Winning a title at the elite level of any sport requires a ruthless culture of excellence. Klopp is known to be cut-throat if his young charges don’t carry out his instructions on the pitch.

But as his former colleague from his days coaching at Dortmund said, “only to be angry as a coach is one thing, but to explain why you were angry is the power of a coach.”

How Klopp cares for his players and how he always seems to have a smile are the hallmarks of his success. He has a demanding determination to win, but he still appreciates that football is just a game.

A big part of empathy is creating a space for people to be vulnerable. I’ve seen the power of this first hand in the writing groups I’ve been hosting.

Being vulnerable doesn’t mean being weak or sad. It’s about being comfortable to admit you made a mistake, or you are scared about something, or struggling with something.

Without vulnerability in an organization, you have a company of fakers.

Great leaders need empathy to get the best performance out of their team.

Next time, instead of asking how do I get the best out of my people, ask instead, how do I help my people be their natural best?

Until next time, stay safe.

P.S. We grew from 594 to 627 subscribers since the last edition. Thank you to everyone who shared. ? If you enjoyed this week, please think of one person who might also and smash that forward button. Thank you!

The most clicked link two weeks ago was my article on the mental side of writing online, which is awesome because I just published part 2 this week on my writing process.

?The Way You Dance is Unique

Jill says this about me all the time. I’m not sure if it’s a compliment or not.

But I now know that it’s actually a scientific thing. That’s right, a new study has shown that nearly everyone responds to music, and “our dance style is almost always the same, regardless of the type of music, and a computer can identify the dancer with astounding accuracy.”

A university in Finland wanted to see if they could identify different genres of music based on the style of the dance. They were not successful in doing this, but were shocked to find that the machine learning algorithm they created could identify the dancer 94% of the time. Random guesses would be less than 2% so this is significant!

And come to think of it, I can definitely spot a friend on the dance floor from across the room. Some more the others.

We are currently battling with the decision of whether or not to send Leo to daycare when Jill goes back to work in October. The daycare we’re with has exemplary protocols in place, but there are so many related risks, not to mention long-tail risks, that it’s become one of the hardest decisions we’ve faced during this pandemic.

I found this reflection of one teacher’s experience going back to school really interesting, especially as someone in the business of learning.

“Even if you could suspend the physical laws of the universe, plus human nature, and make all the rules stick, you couldn’t do it and have kids learn anything. Teachers go to absurd lengths to engage students in the classroom, because that engagement creates learning. Taking all that away — and make no mistake, CDC guidelines take ALL of that away — and we might as well admit that the only reason we’re sending kids to school is so they can be penned up for eight hours so their parents can go back to work.”

ON THE BLOG (ICYMI)

I really enjoyed writing this one on the process I use to write this newsletter, and my blog posts: 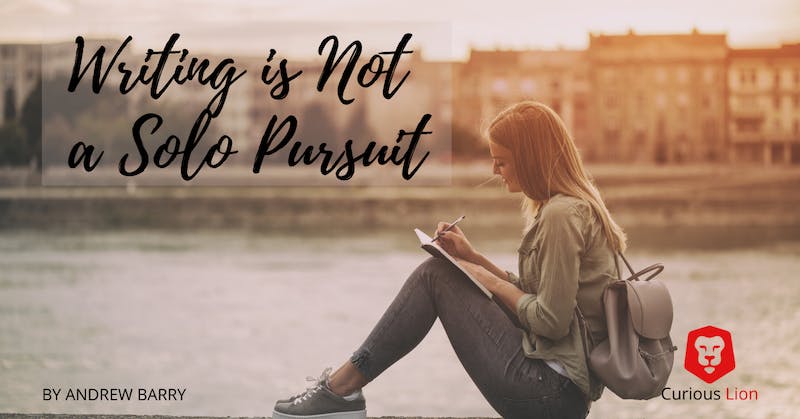 This email newsletter was originally shared with subscribers on July 26th, 2020. To receive the latest newsletters twice a month, sign up below!