Season 3 of the hit Netflix show, Narcos, is in the can, while production for season 4 is underway in Mexico. With its alluring visual montage and sultry slow-tempo theme, the opening sequence transports you into the dark world of violence and greed that is drug trafficking. The show’s gripping storyline entertains you with fast-paced action set in the gritty streets of Colombia. But it does more than entertain you. It educates you. It informs you. It gives you a history lesson. It teaches you what money laundering is.

As The Ringer puts it, it’s “artfully done Explainer TV” and right now, no one is doing it better.

Obviously, a reported minimum of $25 million a season goes a long way to making a compelling viewing experience, but what makes the educational explainer segments specifically, so intriguing to watch?

First of all, the pace is up-tempo. You feel like you are part of this illicit operation to launder money as you follow it around from the money order shop in New York City to the secretive banking paradise of Panama. The visuals are edgy and beautiful. The characters are compelling to watch. And the narrator is authoritative and follows the action, creating intrigue. And when Wu-Tang Clan’s C.R.E.A.M. drops, the momentum really picks up. Notice how from this point on, the visuals perfectly match up to the voiceover as the ins-and-outs of money laundering is explained. This is the Contiguity Principle in action.

The striking visual of the children collecting bills of cash in the river serve to emphasize the massive scale that these operations usually operate at.

The true ‘explainer’ part of this video is set up perfectly with a problem statement – “the biggest problem with illegal money is the trail that it leaves.” We learn about the Bank Secrecy Act. We learn about Placement. The limit of $10,000 under which transactions don’t need to be reported. We learn how the trail of these money orders is then obscured through a series of complicated wire transfers – Layering. Finally, we learn about the phony purchase orders and transaction reports created through the web of shell companies in the final step (the only one not mentioned by the narrator) – Integration.

All of that is achieved in a compelling 2 minutes of high production video. This is what really great learning content can, and should look like. 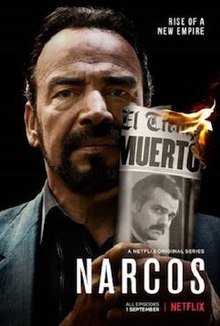