I’ve been working closer to a 4 day workweek during the 3 months of lockdown. But I haven’t been any less productive. If anything, I’m more productive, writing more and making bigger decisions. The step back has afforded me a new perspective. I’m thinking long-term.

This has meant scaling back my lead generation service and doubling down on Curious Lion. It has also meant more time with my family, witnessing every step of my son’s development first-hand with my wife.

If this little experiment worked for me, can we as a society be more productive in less time?

The trend has been down

Labor hours have declined significantly since the middle of the 19th century.

The formation of unions was the first catalyst for the reduction in hours worked per week. Technical progress accelerated the trend down, making each hour of work more productive.

The Great Depression created another driver: the scarce opportunities for employment were to be shared by the greatest number of workers, reducing the workweek from 48 hours to 40.

Some countries, like France, have adopted 35 hours as the legal maximum, beyond which pay must be at premium rates.

Where are we now?

There is a difference between work in the information age compared to the industrial era. In the industrial era, presence equals productivity. If you’re manufacturing things on an assembly line, you have to be there to do it. But this isn’t true for knowledge workers.

Despite this difference, as all good forcing functions do, the coronavirus is accelerating the timeline to a shorter workweek for all kinds of work.

Social distancing restrictions may force the hand of manufacturers, resulting in employers reducing the weekly hours of workers to avoid having too many on the factory floor at the same time.

New Zealand’s Prime Minister, Jacinda Arden, floated the idea of a shorter workweek in a recent Facebook video. The U.K.’s Labour Party has campaigned on it, and companies including Microsoft in Japan and Shake Shack in the US have succeeded in trying out versions of it.

The benefits of a 4 day workweek

Research and studies have highlighted the following benefits:

But can companies afford to pay people the same?

There is no good reducing the workweek to four days if employees also have to take a 20% pay cut.

To answer this question, we must look at productivity, for this must at least stay the same, but ideally, increase to shift the momentum towards shorter workweeks.

Returning to the 19th Century for a clue, a post on the Harvard Business Review pointed out that “when organized labor first compelled factory owners to limit workdays to 10 (and then eight) hours, management was surprised to discover that output actually increased — and that expensive mistakes and accidents decreased.”

The OECD has data to back this up. For example, in Greece workers clocked 2,034 hours a year versus 1,397 in Germany, but Germany’s productivity is 70% higher.

The Microsoft experiment in Japan led to a 40% increase in productivity, measured as sales per employee. Boston Consulting Group conducted a similar experiment. After five months, the firm’s clients reported improved service from the teams that worked shorter weeks.

Two-thirds of the 505 companies studied by Henley Business School in the UK reported increases in staff productivity and work quality due to a reduction of sick days and overall increased well-being.

The evidence is clearly there that this can work, but what might be the reasons that it won’t?

Reasons to be skeptical

The Henley studied also found nearly three-quarters of leaders cited concerns: regulations regarding work contracts, and the associated bureaucracy to implement the four-day week, as well as challenges around staffing.

Employees had reservations too. Almost half said they were worried spending less time at work would paint them as lazy in the eyes of co-workers. There is clearly a disconnect between the desire for a shorter work week and the willingness to be first.

We are extremely attached to the idea that hard work is virtuous, idle hands are dangerous and people with more free time can’t be trusted.

Competition is another concern. If everyone isn’t doing the shorter week, your competition doesn’t care if you take an extra day off. They’re going to make more sales calls, and ship more product on that day off you’re taking.

Finally, inequality is an issue that must be addressed. As we’ve seen throughout the pandemic, there is a chasm between those that can easily work from home and essential workers preparing foods, driving delivery vehicles and public transport, and of course, working in hospitals.

A way to make it work

There are different models for the shortened week, some of which envision the same output condensed into fewer hours while others simply imagine longer hours spread over fewer days.

Clearly, the only way this can work fairly and equitably is to pay people what they are worth, not how much time they spend in the building.

For industrial shift work, employers will have to cut down on occupancy on factory floors anyway. The same for bus and train schedules. Let these employers use shorter weeks as a way to bring more people back to work. Pay them the same. There is absolutely going to be a hit to revenue. But it will be better than it is now in the pandemic, and offset by greater productivity, lower insurance and medical costs, and less absenteeism.

What people want is flexibility (such as customizing your own work from home set up). Freedom. Clear goals. An opportunity to grow and the chance to work hard to get results. With Covid-19 as the forcing function, a shorter workweek could be the perfect antidote. 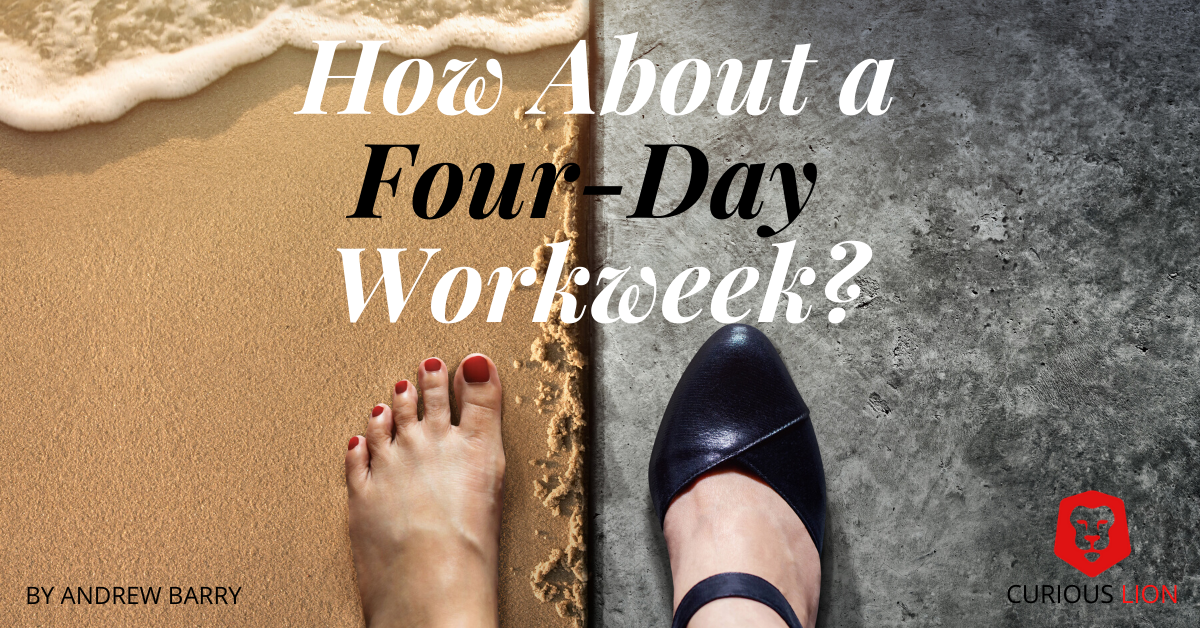